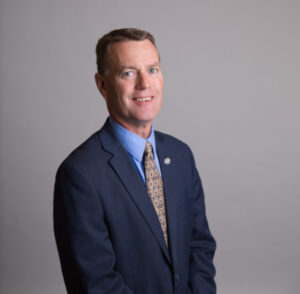 Scott Raecker serves as Executive Director of The Robert D. and Billie Ray Center at Drake University – a position he has held since the work of the center was founded by former Governor Robert D. Ray as a lasting legacy to the Iowa Sesquicentennial in 1997.

The Ray Center has a mission to improve civility through character development and ethical leadership. From the preschool environment to the community, corporate, and public service arena, The Ray Center works to transform lives and strengthen communities by equipping individuals and communities to embrace and practice good character resulting in a positive environment of civility and principled decision-making.

The Ray Center has outreach to over 8 million youth as the global home for the CHARACTER COUNTS! and Pursuing Victory With Honor initiatives that were founded by Michael Josephson and the Josephson Institute of Ethics where Scott has previously served as both Chairman of the Board and CEO. The Ray Center is also a national consortium partner with the Excellence With Integrity Institute.

Scott’s commitment to positively impact the lives of others was also reflected in his 14 years of public service as a member of the Iowa House of Representatives from 1999 through 2012. In the legislature, Scott served in numerous leadership roles including chair of the House Appropriations Committee, chair of the Ethics Committee, and chair of the Midwest Council of Government’s Legislative Leadership Institute. Scott’s public service experience and professional passion for civility has led to his work with The Ray Center impacting state legislative leaders and staff in all 50 states and U.S. territories as well as leaders in Canada and Mexico.

Scott is involved in numerous civic volunteer efforts.  Scott serves as a board member of the Delta Dental of Iowa Foundation, Drake University School of Education International Advisory Board, Board Member Emeritus of the Smithsonian Institution Center for Folk Life and Cultural Studies, Iowa Natural Heritage Foundation Advisory Board, and the Shining City Foundation. He is a member of the Rotary Club of Des Moines AM, Gloria Dei Lutheran Church and Urbandale Chambers of Commerce.

Scott is a graduate of Grinnell College where he received his B.A. in Political Science and Religious Studies.  Scott is also certified as a character development specialist and corporate ethics trainer through the Josephson Institute of Ethics.

Scott and his wife, Martha, live in Urbandale and have two adult children, Emily and Max. 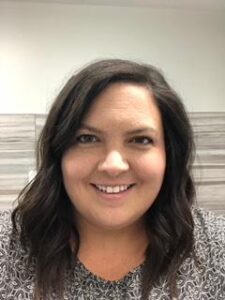 Tabitha graduated from the University of Kentucky in Lexington, KY with a B.A. in Education with a Major in Social Studies Secondary Education. She moved to Iowa in 2010. For twelve years she worked in the early childhood field, serving as a teacher and then administrator. She managed a site to national accreditation and implemented new programing that focused on social and emotional development. Her passion is helping young children gain skills to become better adults full of civility, resiliency and kindness.

Tabitha and her family live in Des Moines and enjoy taking advantage of all the parks, events and community engagement opportunities it has to offer. 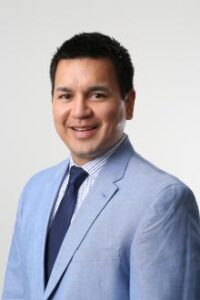 Ryan Harris joined The Robert D. and Billie Ray Center in January 2020.  Prior to joining The Ray Center, Ryan worked for Drake University Athletics.  His career has focused on marketing, revenue generation, and customer service in professional and collegiate athletics.

A native of Marshalltown, Iowa, he earned a Bachelor’s degree in marketing from the University of Northern Iowa and Master’s degree in Sport Management from Northern Illinois University.  Ryan and his wife, Liz, have two daughters, Nora and Eloise, and live in Huxley. 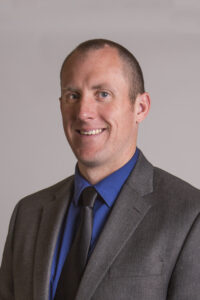 A native of Norwalk, Iowa, Jeff graduated from Grinnell College with a Bachelor’s Degree in History and his Initial Teaching License.  After teaching and coaching at the high school level for several years, Jeff accepted a coaching position with the Wartburg College football team.  After one season at Wartburg, he served as a Graduate Assistant football coach at Carroll University in Wisconsin, while also earning a Master’s Degree in Curriculum and Instruction.  Jeff then worked as the Executive Director of the Allen County Historical Society in Iola, Kansas for two and half years before accepting a position as the Education Supervisor at Pamplin Historical Park and the National Museum of the Civil War Soldier in Petersburg, Virginia.  He and his wife returned to Iowa in 2015. 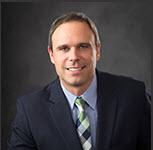 Jason came to Drake with 20 years of experience in business development and has held leadership roles in directing sales and marketing strategy. Jason is passionate about personnel development, ethical leadership, and creating a positive culture in the workplace. Jason was with Aureon for the past 15 years and ultimately focused on helping businesses better leverage technology to advance their mission and purpose. Jason has also spent several years as an adjunct professor at Grand View University. He has taught classes in Business Ethics and Strategic Marketing and has created and delivered courses in all formats, including online learning. Jason is a graduate of the University of Iowa with a BBA in Marketing (1995) and an MBA from Drake University (2004).

Jason and his wife Lori have two daughters, Jayna and Cara and live in Johnston. In his free time he enjoys spending time with family, coaching youth sports, church activities, running, and golfing. 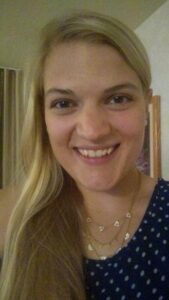 Gwendolyn Martin has been with The Robert D. and Billie Ray Center since October of 2019. She has her Bachelor of Arts in Psychology with a Minor in Educational Studies from Buena Vista University in Storm Lake, Iowa. Gwen worked as an associate in a central Iowa school district prior to her work with CHARACTER COUNTS!.

Gwendolyn lives in Granger with her husband, Kyle. She enjoys coaching a high school cheerleading squad and co-leading a local youth group. 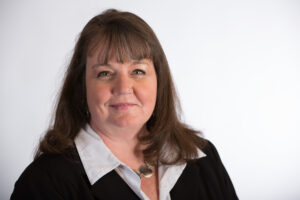 Cheri McDaniel has been with the Ray Center since December 2005. Prior to joining our team she worked as a secretary for an Iowa school district.

Cheri lives in Urbandale with her husband Howard and their mini dachshunds, Holly and Audrey. She is the mother of two-Gregory of Des Moines and Bethany of Texas. Cheri and Howard enjoy spending time with their family and keep busy with their grandchildren, Mikayla and Elijah. 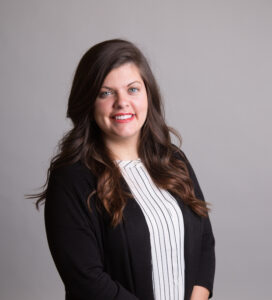 Hilary joined the team in September of 2014. Born and raised in Iowa, she earned her B.A. in Media Studies with a Minor in Sales from Buena Vista University in Storm Lake. Following college, she transitioned to Des Moines where she got her start in the nonprofit industry organizing and implementing events with local chambers of commerce. Hilary brings previous experience with a wide variety of professional development, networking and community events to The Ray Center team.

Hilary married her husband Kyle in June 2014 and they reside in West Des Moines. 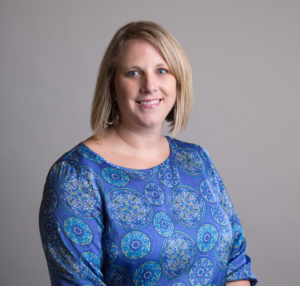 An Iowa native, Amy earned a B.A. in Political Science from the University of Minnesota, a Master’s degree from Drake University, and is a certified character development specialist through the Josephson Institute of Ethics. Amy gained professional experience in both the political and non-profit fields before joining the team in January, 2004.

She lives in Urbandale with her husband, Chad, and their children, Noah and Avery. 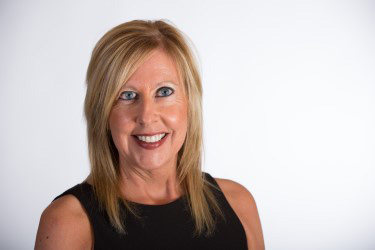 Debra Taylor joined The Robert D. and Billie Ray Center team in March of 2016.  Her prior experience includes administrative assistant for the Marketing & Institutional Advancement director and Education Foundation Office at Southwestern Community College and serving as an assistant to the bureau chief at the Iowa Department of Education within The Division of Community Colleges.

Debra and her husband reside in Grimes and still own their acreage home in Creston Iowa. She is the mother of three grown children Cayla, Cyle, and Casey.  She loves children and enjoys spending time with her grandchildren: Althea, Cordelia, and Calvin

© 2022 The Robert D. and Billie Ray Center at Drake University.